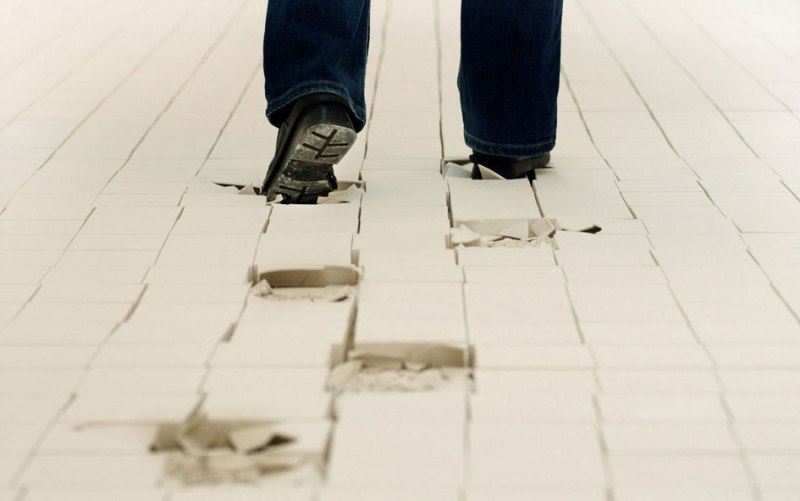 I have been eager to experience the exhibition Fragile? at the National Museum Cardiff, with works from Phoebe Cummings, Clare Twomey and Keith Harrison, as well as local artists – Claire Curneen, Walter Keeler, Lowri Davies and Adam Buick.

A piece that stood out, was Clare Twomey‘s Consciousness/Conscience,  a ceramic instillation of which visitors of the exhibition are required to destroy. This, to my ‘anti-art gallery’ friend who I had dragged along with my was in awe – her main resentment of galleries is the silence and nagging conscience telling her not to touch or break anything; but her we were, facing no choice but to cross the installation in order to view the rest of the exhibit.

Clare used unfired bone china box tiles to achieve this affect, with the initial untouched perfectly laid tiles soon being reduced to rubble with each visitors step, I couldn’t help link the feel beneath my feet and sound echoing round to those common childhood memories – marching through freshly laid snow, crunching through leaves and popping bubble wrap, and it quite frankly came with the same satisfaction. Now, my nostalgic feelings could have been influenced by the evening I had the night before (singing my heart out to S Club 7 at their reunion tour, and meeting the band after), never the less, it seems to be the great consquience of interactive installations – you are able to connect hugely with these pieces.

Please follow this link for a video of Twomey’s installation, you won’t regret it!

NPG: Who are you?

After Watching Grayson Perry’s Channel4 series “Perry: Who Are You?” I had been eager to see the final pieces in person. The programme documented the making and exploration of the works, guided and narrated by Grayson himself – progressing to create portraits that he believed portrayed modern individuals, knowing that they would later be displayed in the NPG. Throughout the project he met various individuals such as a representation of celebrity culture Rylan, convicted criminal/ex-MP Chris Huhgn, and a young lady – the product of an extreme culture conversion.

Grayson introduces the medium of portraiture to be a daunting task, with the statement, the role of a portrait artist requires the mindset of both “a psychologist and detective” (Perry, G. 2014) to uncover and represent the true identity of the subject. This is something I can relate to with my project, as I am using objects of representation to primarily construct the image.
Much of the programme along with the pieces at the gallery explore the concepts around the ever changing and development of personal identity, much like Katherine Hoffman addressed in her 1996 book Concepts of identity : historical and contemporary images and portraits of self and family. In this work, Hoffman shares imagery of portraiture from dating back to ancient times, it is evident that some aspects of this medium are still concreted in today’s culture, most notably the intentions of the sitter combining or contrasting with the artist. 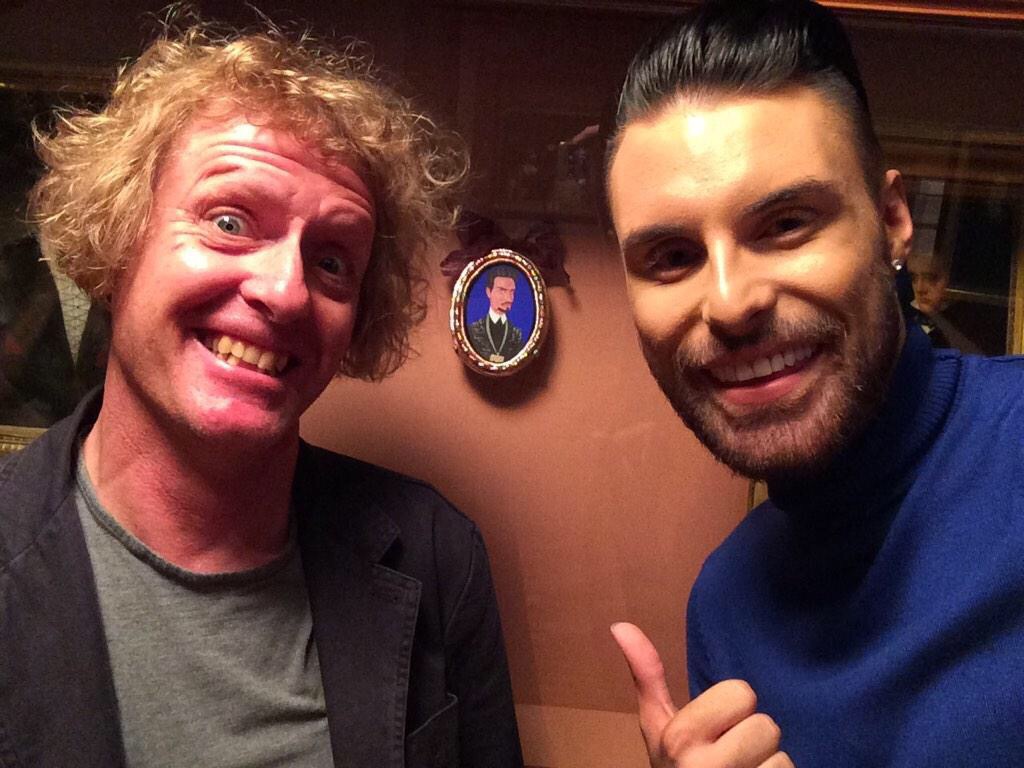 Within the NPG, Perry’s portraits are trailed around the building, with a treasure hunt feel to the layout. For example, Rylan’s portrait can be found among traditional busts in a rather contrasting manner, which demonstrates the artists want to differ from the highly traditional form the National Portrait Gallery usually displays.

Hoffman, K., 1996. Concepts of identity : historical and contemporary images and portraits of self and family. New York: Icon 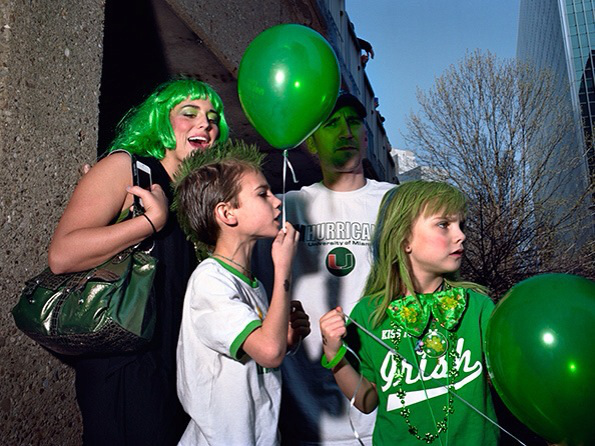 Mark Neville’s London/Pittsburgh exhibition is being held at the Alan Cristea Gallery until the 24th January. This venue is situated on Cork Street in the W1 area of London, a place renowned for their art show cases. The gallery has exhibited various artists from different fields of the industry, such as Michael Craig-Martin, Richard Hamilton and Jim Dine. It saddens me to say that the Alan Cristea is one of the few remaining galleries on Cork Street, once the internationally recognised hub of artistic show casing, now the area seems more like a building site than a place of creative importance. Unfortunately due to various contributing factors, the surrounding venues are being moved on or shut down.

Mark Neville is a social documentary photographer; his body of work seems to empower the subject matter in order to visually represent them in an obvious and impacting way. In regards to the project, he was commissioned by New York Times Magazine to document social activities indulged by the various classes that inhabit London. He was also commissioned by the Andy Warhol Museum to document the social and environment factors of Pittsburgh, USA.

The exhibition consists of 11 prints, captured in both London and Pittsburgh, as priced at £12,000 each. After talking to the curator of the gallery, he showed me behind the scenes, where lay the 12th print, on which was produced with intention to exhibit with the others, but didn’t quite make the cut.  I was advised it simply did not fit upon the gallery walls, but later I contemplated why this particular image? Perhaps it did not portray the same message as the other images, or the photograph didn’t flow aesthetically within the space? 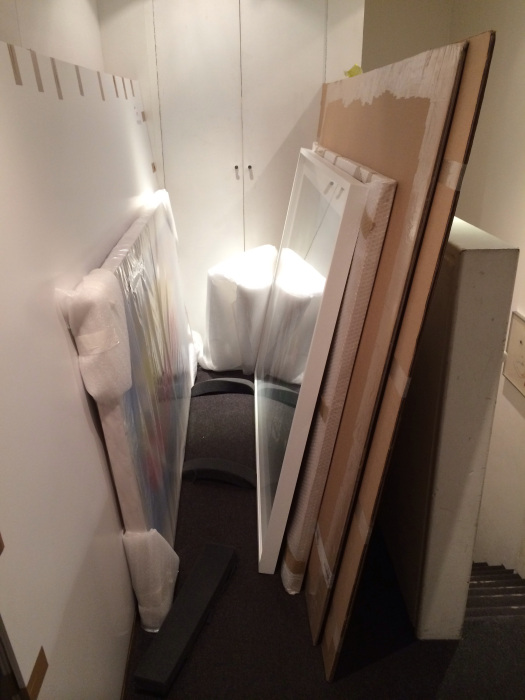 Edward Steichen, chief photographer for Vanity Fair and Vogue, an influential fashion photographer. The Photographers Gallery have treated us to an exhibited collection of his works, In High fashion, The Conde Nast Years 1923-1937. Steichen was born in Luxembourg on the 27th March 1879. When Edward was 2 years old, he and his parents, Marie and Jean-Pierre, emigrated to America, residing in Michigan where his father began labouring in a copper mine. In 1889, the Steichen’s moved to Milwaukee, when in 1894, their son joined a lithography business as an apprentice. At the age of 16, Steichen handled a camera, staggeringly just 4 years later he exhibited his own work at the Second Philadelphia Photographic Salon. Throughout the early years of his career, Edward travelled internationally, from London, to New York, to Paris, where he collected valuable contacts. He grew with the development of the camera, experimenting with each step forward. And in 1923, he became Conde Nast’s head photographer, with selected pieces of his work now hanging in the Photographer’s Gallery. In order for the curators to convey his style and methods, they primarily display working prints, rather than the published images. I feel somewhat privileged to see these rough cuts, some with notations, others with framing lines.

Steichen built quite a relationship with the Museum of Modern Art, when he exhibited his work within their institution in 1932, and again in 1936, and 1945. By 1947 Edward accepted the role of Director of the Department of Photography of which he retired from in 1962 following two heart attacks. (Ewing, W. 2007)

The exhibition really is a much see, a rare opportunity to see such works. Admission to the comes at a small price, but if you visit in the morning between 10 and 12 during the week, it’s completely free! (The Photographers Gallery, 2014)

The Photographers Gallery. 2014. Visit Us [online] [20/12/14]. Available from: http://www.thephotographersgallery.org.uk

The exhibition Foreign Correspondence, took place from the 14th November to 13th December in the Front Members’ Room with their institution. The building itself consists of terraced townhouses, in a reasonably quiet square within a more affluent area of London. The venue’s decor is rather traditional, large bay windows, a fireplace and wood flooring, hugely different to the photographers images. 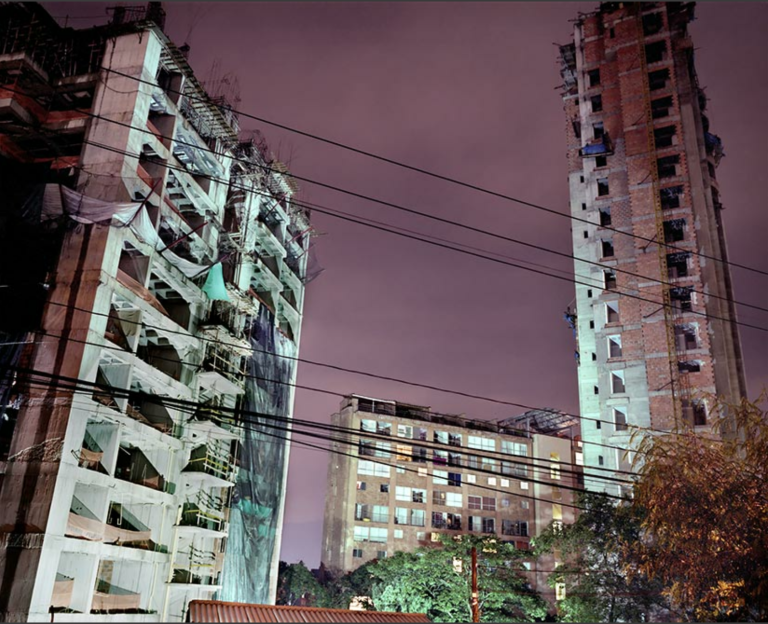 One photographer that caught my attention was Tom Griggs. Educated and living in Massachusetts, Griggs recently moved to South America in order to be with his wife, in 2010. His contribution to the exhibition, City of Eternal Spring is in fact still an on going project. (Tom Griggs, 2014) This artist stood out to me due to his response and connection with the location, which is evident in his images. He addresses his own feelings of place, the unshakable label as a foreigner and unfamiliar, unexplored surroundings. The image featured portrays a haunting atmosphere and questions the presence of life, the surroundings are man made but there is no sign of man. These connotations are evident in my own work below, although extremely different forms of architecture, both structures have ingested both time and financial investment, but now stand empty and alone. 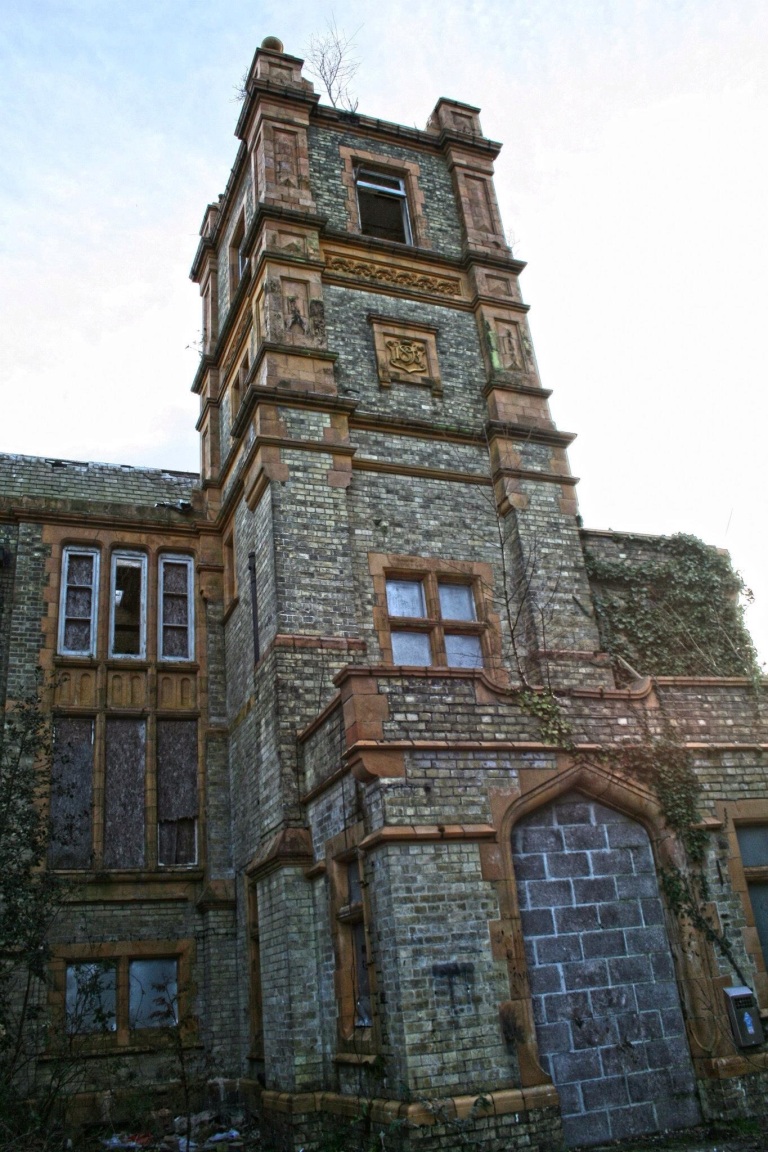 Other than the architectural theme, I question the relevance the images have to the audience intended. I’d assume the target viewers of the gallery are often middle class and wealthy, I can’t help but feel the people come to gawk at another world of poverty and corruption, disconnected from this reality.

The exhibition provides visual representations of the Latina American culture and diversity, along with the aim to prove that a foreigners perception is not incorrect, rather identify the place of architecture in terms of social and ecological circumstance. 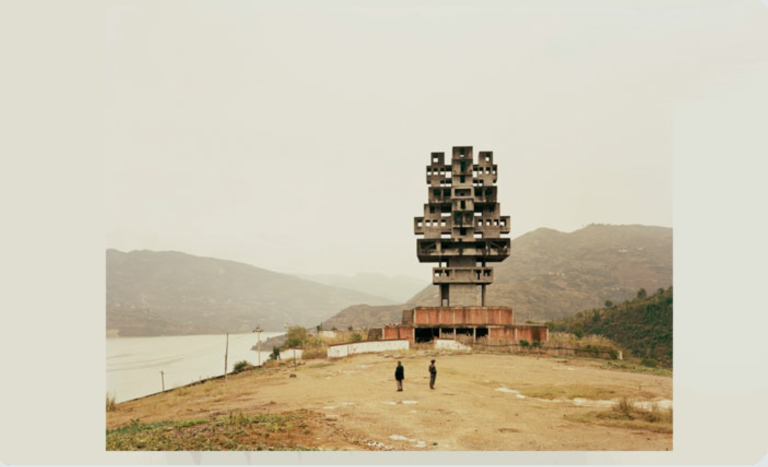 Constructed Worlds at the Barbican, a place where the works of the most prolific architectural photographers have been collated and displayed harmoniously in itself, a wonderful work of architecture. The scale of the exhibition is impressive to say the least, from classic images from Berner and Hiller, to contemporary masterpieces from Simon Norfolk. Along with the other 16 photographers, the curators have created a large scale exhibition consisting of 250 pieces, which all flow around the relationship photography and architecture have.

A highly regarded photographer featured is Berenice Abbot within the exhibition. Abbott’s early career was some what beneficial to her furthering it, working as Man Ray’s darkroom assistant. Ohio born artist began to work on her own portfolio after two years in Man Ray’s shadow, and just 3 years following, she was exhibiting alongside him as well as the likes of Andre Kertesz, Paul Outerbridge and Philippe Nadar at the First Salon of Independent Photographers. It is inspiring to learn a photographer can progress and heighten their career is such a short space of time.

Then there’s Bernd and Hilla Becher, husband and wife, a partnership of photographic approach. The exhibition displays some an extensive collection of their finest work, including their initial collaborations of crumbling industrial architecture within their home country, Germany. It is so heart-warming that this couple worked together, lived together and shared the same interests.

16 photographers, with different backgrounds, different viewpoints and different intentions, and a collective medium. I can confidently say this is one of the best exhibitions I’ve been to in my life time, the Barbican have really outdone themselves with the show – just a shame they don’t allow photography, in their photography exhibition!